What methods of divination are suitable for African spirituality? | Vodun F.A.Q. 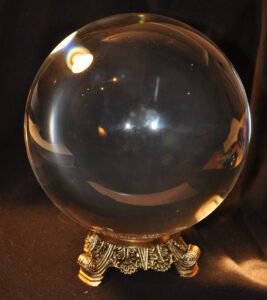 What that means is that Ifa, Afa, and other forms of authentic, indigenous African methods of divination are the only way that today one can find their head or their destiny accurately within African traditions. No ifs, ands, buts, or maybes.

Even a seed or a stalk of grass in the hands of one observant to Orunmila can tell volumes, but it is still not Ifa. Tarot is useful for helping one to navigate life, especially in social situations. The bones and curios are excellent for telling you what’s going on around you in a very blunt way. The Obi of course, are a direct line to your ancestors, and best for yes or no or even very nuanced but straight answers. However, none of these does what Ifa does.

In the past, some other methods such as dice, dominos, and other numerically based systems that are not native to Africa could be used to refer to some Odu if someone was completely cut off. However today, in the age of the internet, when a qualified babalawo or other traditional diviner is available in a click, this is no longer the case. Now dice and dominos are used for general divination purposes, at least most of the time. I am sure that some trained elders do still at least have references in mind when particular patterns come up.

Because of the diaspora allowances from the past, some are confused and may fall for shady people telling them that some other method would be able to stand in the place of Ifa or Afa. The problem is that unless it is numerically based and resorted to because maybe the trained Babalawo is in prison and has no access even to any dried seeds, it is not going to direct one to any Odu or any verse or any indigenous African culture’s lexicon of legends or wisdom.

This does not mean that we do not study the Odu that we have access to. Most diviners with some experience will study Odu Ifa, the lineage tales some are willing to share, proverbs, patakis, and anything else we can to learn African and diaspora wisdom. It is important both in terms of perspective and since Africa is a huge continent, cultural exchange and learning what we can from our ancestral neighbors. However, Ifa and Afa are not just older than most available methods of divination, but older and living, and dynamic. Though other methods of divination are useful in some ways, there is no comparison. There just simply isn’t.

It isn’t the oldest known method, but other older methods such as scrying and osteomancy are not connected to the Odus or any known current culture’s verses. So great for some things but not for ebbo. Just skip the running to and fro looking for traditional answers in non traditional places.

Does everyone need a traditional reading?

If one was born in a culture where there are available Ifa or Afa diviners, then definitely. If not then probably. It depends whether you are okay with bumbling through or you want to have some idea what may be coming and direction.

Be prepared to pay the diviner a decent donation, and to do the recommended ebbo for your personal Odu. If you can’t afford it at the moment, it is one of those things worth putting aside for.

Sheloya’s Hoodoo Bones system is a way to use tiles with symbols for divination that is not quite as generalized as most tarot, but not as complex as Ifa.

You may also want to look into Dice and Domino Reading if you have an affinity for numbers or if, like me, you often find yourself serving people with various pantheons and need a more numerical system to draw correspondences based on natural alignment and not cultural assumptions.

Please watch Obafemi’s video Tarot Is Not Ifa and thank him for his wisdom. I was not even aware before this that such confusion existed. You can also contact him if you are in the U.S. and would like to find a good community or babalawo, get a reading from Obafemi, or learn Ifa.

Efe West has an excellent video revealing the real history of the use of cards for divination. It didn’t start with the tarot in Italy or France, but with Nubian, Kushite, and Kemetic people using cards and small scrolls as blessings. Papyrus was expensive, so none of it was wasted, and it was used for spells and divination.

There is a good book in English on learning the Kemetic Tree of Life and practical spirituality available at Internet Archive: Metu Neter Vol. 1 by Ra Un Amen Nefer.

So you can make the tarot work for you, but you have to be observant and have a reasonable knowledge of a pantheon and cosmology to understand what it’s telling you.