Home Vodun Frequently Asked Questions About Vodun Vodun F.A.Q. – What do I do if I can’t afford offerings to the Orishas?

Vodun F.A.Q. – What do I do if I can’t afford offerings to the Orishas? 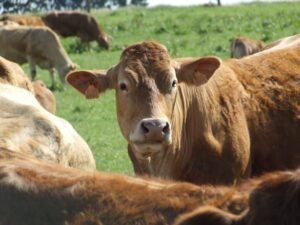 Vodun is not and never has been a rich person’s faith.  It is about the effort, sincerity, and alignment with the Forces of Nature, not how expensive a gift is.  Remember the story of Yemaya’s three crowns.

For your normal observances, if you do what you can afford, the Spirits will accept this.  Just don’t be cheap with them if you really can afford to do more.

What traditional priests charge for their services is due to the expense, time, and risks involved with doing things at an optimal level with maximum efficiency.  If you can’t afford this, then there are often other ways to get the job done.  They will just be less efficient and require more effort, time, and risk on your part than they would if you put the issue into the hands of a priest.

Some things simply cannot be done by someone who has not spent a sufficient amount of time studying and preparing themselves for the kind of work that needs to be done.  Things that would require the use of psychoactive plants to get into a particular trance state, for instance, should only be done by experts.  Same with other things that can lead to injury of the body or psyche.  A layperson attempting some things can die or permanently injure themselves.

Other things though, can be done relatively safely with the proper preparation and instruction.  The question of course is whether or not you are ready to do what it takes.

There was a young man who was wrongly convicted of a crime, whose sister studied law in order to save her brother.  If you have the level of dedication to go through all it takes to prepare yourself to do a working, then you can do it.

Please refer to this article for ways a non priest can make their workings more effective.

How Are Traditional Ebbo Priced?

Sometimes when people in the west see the prices for traditional services, they suspect that they are being scammed. What they don’t understand is that prescribed ebbo are not determined by the priest, but by the Ifa Oracle or traditions behind whatever method of divination was used. Most were determined at a time when most families ran a farm and also certain life problems corresponded with a certain level of income.

A typical traditional ebbo will often involve sacrifice of one or more animals, some wholesale sacks of grain and other supplies, perhaps a fair bit of alcohol, and require a gathering in which most if not all of it is shared with the community. Where I live, a really nice live chicken who has been raised worthy of sacrifice can cost between $40 and $100. Sometimes more. A goat or a cow, one can at least quadruple that. Then there is the sacrifice itself, which requires someone trained to do this, and the butchering.

A lot of the grain ends up being used in the ceremony as well. The deities love cake. They love it so much that out in the diaspora, we all have some kind of cake recipes for almost every deity’s offering. This did not get lost. Then there is the alcohol.

So if a traditional ebbo costs less than $1000, I would be very surprised. Before you get an Ifa or other traditional reading for anything other than to find out your head Orisha or deity, or if Vodun is the path for you, and even in those, bear this in mind. Whether the babalawo you go to is associated with the temple that will be performing your ebbo or not, once you get that reading, you need to do any ebbo that your results recommend.

So unless it is a really big deal or emergency, it’s better sometimes to go with a less traditional type of divination, or ask your Obi.

And just because I know it will make some gatekeepers angry, I encourage you to go out there and learn the Obi from wherever possible. The Obi belongs to everyone who respects African spirituality and cultures, and definitely everyone of recent or remembered African ancestry, and there is even a legend about why. It is incredibly inappropriate for humans to gatekeep about Obi. Eshu does this quite well, and doesn’t need our help.

Some will be better at it than others. Some, despite the hard answers Obi is known for, will try to spin or twist them how ever they like. Still, Obi is Obi.