Home Vodun Frequently Asked Questions About Vodun Vodun F.A.Q. – What Is The Difference Between African Divination and Psychic Readings?

Vodun F.A.Q. – What Is The Difference Between African Divination and Psychic Readings? 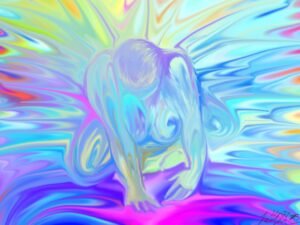 First and foremost, “psychic” abilities are completely unnecessary in African spirituality. Divination does not require any special superhuman or paranormal powers at all.

Traditional numerical forms of divination are based on a lexicon of legends, stories, proverbs, and lineage and historical records. The landing of the nuts, seeds, stones, or bones are based on a combination of random chance and subtle unconscious movements of the hand that are under no conscious control of the diviner. A good diviner is someone who could memorize the verses, allow the spirits or their deep psyche, depending on one’s beliefs which are irrelevant, to move them without conscious interruption, and interpret the verses with wisdom. That’s it.

In the hands of people who practice indigenous African spiritual systems, it seems a bit more “loose” than this but it isn’t. We all strive to align with Nature, not to override it or presume to outdo it. We all strive to learn Her rhythms, patterns, and navigate the chaos and misfortunes that will inevitably occur. We all have our symbols that we collect over time, and we find that many if not most end up common or shared. So when we put our hands on any tool or method of divination, all of that history comes with it. Even if we are the first in ten generations to continue our stories, we have them within us and this is the well from which we draw the truths we transmit through divination.

I don’t know of any genuine African spirituality practitioner, regardless of what sort of language they wrap their practices in, who just draws “psychic” abilities from nothing and nowhere. I could be wrong. Maybe there is someone out there who was stricken with some telepathic or telekinetic ability out of nowhere like a mutant or superhero scenario. I’ve just never seen one.

The people who are drawn to focus on spirituality are indeed special in many ways. We tend to have certain abilities some may interpret as “psychic”, but we don’t see them that way. We see them as better than average deductive reasoning, keen observation skills, and alignment with Nature. Usually it’s not so much a blessing as a curse when we’re growing up. We creep people out like little Hannibal Lecters until we’re older and find out there’s an occupation wherein this is useful.

The “psychics” disconnected from active spirituality with accountability factors are something else entirely. There would seem to be some overlap on the surface, and recently some sellouts have been taking advantage of this. However, this is another major difference. As soon as someone puts African in front of anything they do, Africans all over the world are watching to see if it’s true and they are legit. If not, they will be called out.

So while an African spiritualist calling themselves “psychic” or a “medium” may just be translating so that westerners can understand a bit of what they do, be wary if that comes with any anti scientific rhetoric. They can even be anti traditional, and still be legit, but if they are endorsing any fakery, mixing in the psy ops aspects of theosophy, or being predatory, that’s just someone playing African. African spirituality is very scientific, and the mysticism is openly accepting of the psychology, placebo effect, mind-body connection, and this is what makes it more effective. Wisdom is knowing what you don’t know.

Leonard Elmira, a tradition respecting but non traditional practitioner like myself, brings up some more good points about the difference between “psychic” readings and actual divination as well as real vs. fake magic and divination.

Don’t forget to give him a like and subscribe on YouTube. Watch some of his other works too. He’s one of the few who isn’t afraid to show his humanity, and let me tell you it has been wonderful watching him grow into a formidable mage. Real divination is going to reach into your life from the point of view of spirits. Though there is some usefulness to placebo effect and techniques, we do not rely on this or vague meanings or “cold reading”. You can tell the difference because we’re going to tell you details.

If there’s something we don’t know or don’t know the meaning of, we will just admit that. If we can’t see something or we’re getting confusion, we’re going to tell you that too. It means something. It could mean we are not having a good day and need to come back to that later. It could mean someone is somehow obscuring what is going on. It could mean that we are not the right diviner, and in that case, we’ll usually refer you to someone we trust who may read for us. Yes, we will have diviners who we see because self reading isn’t always a good idea, and it’s good to have another set of eyes on a matter.