Vodun F.A.Q. – How are sex, orientation, and gender perceived in Vodun? 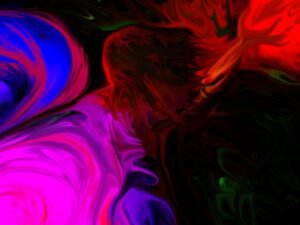 Sex and gender in Vodun are perceived in line with the science. However, you will rarely see discussion of it outside of writings and academia because the Yoruba, and many other west African cultures consider sexual contact between people to be so sacred and intimate that it is rarely explicitly discussed. Because of this view of sexual contact, discussions of gender, biological sex, and sexual orientation don’t happen sometimes even while someone’s future is being planned around their individual needs. They are just kind of nudged to where they need to be and towards whatever rites of passage are appropriate for them.

What further complicates these kinds of explanations is that gender is perceived differently in indigenous African cultures than in western cultures. Though colonialism forced many surface norms, and some Africans fully converted to their oppressor’s religions, many things didn’t sink in fully, and where they did, these people are considered problematic and anti survival.

Generally, most indigenous west African cultures recognize more than two genders and gender role variability. So there are men, women, intersex people who may function as men or women or both, men who sometimes perform woman like functions, women who sometimes perform man like functions, transgender people who were born male or female in physical appearance but grow up to function differently than the typical path, and sometimes more.

People were identified more by what they did than what their body looked like when they were born. So if someone was functioning in a role typically ascribed to women, they were a woman. If they functioned as a man, they were a man. In some places, the nonbinary or transgender had to pick a lane, but in other places, they had mixed or even double duties. Africa is a huge continent, and the area considered west Africa is very big and contains a wide variety of cultures. There is a saying that “what is a blessing in one village is an abomination in another”. As far as the spirituality goes though, regardless of what a particular group demanded of the humans within it, the legends will still be full of the whole spectrum.

Then when we get into the issue of what particular groups consider a masculine or feminine role, it’s more complicated.

The question of orientation adds even more complication because again, it’s a very intimate matter, but also something that people didn’t generally get into each other’s business about so long as nobody was being harmed. Some situations were even taken for granted. So there is very little mention of the specifics of anybody’s sex life historically unless it was bragging or exceptional.

It is impossible to view African indigenous cultures in LGBTQIA+ contexts without defaulting to the colonial lens because prior to colonialism, very few were making these distinctions between people. I am only saying very few because there was enough contact and exchange with Greek and Roman cultures that I am sure that some did form opinions at least in north Africa through those cultural influences. However, for the most part, something being unusual did not necessarily make it abnormal.

Swiry Nyar Kano explains some of the pre colonial norms in her video on misconceptions about sexuality in Africa, and in this video addresses homosexuality directly. Yes, she does cover the issue of human traffickers banning homosexuality as a way of forcing slaves to breed.

With the norms being this varied and often deeply spiritual, one can gather that variance was not looked down upon the way it is in Christian and Muslim Africa today. Those Africans whose spirituality prioritizes alignment with Nature would not generally have a problem with the variety. Since just homosexual people account for around maybe 10 percent of humanity, born intersex people around 1/1000, and there is plenty same sex pleasure exchange even among people who would normally prefer people further away on the gender spectrum, it was not, in fact, abnormal. It was normal, just a bit more rare for someone to make it a big deal.

If someone assigned maleness at birth because they have a penis and testicles, grew to be cisgender, and wanted status as a man, and achieved that, and was expected to marry someone assigned female who had achieved status as a woman to continue his line, he did that. Whether or not he preferred to have sex with men was not relevant. One generally did what was expected or demanded of them. Whatever else they did didn’t matter unless it interfered with their perceived duties. Many cultures had a backup plan if for whatever reason, a couple was unable to make children the conventional way. If a guy just could not do the thing with people with vaginas, he might bring in a trusted friend or relative who was willing, and their wife willing to allow it, to step in. Usually a relative was called on so the children would at least be related to him.

Basically, the African way is to not let irrelevant things interfere with survival and the functioning and cohesion of families and nations. This is not to say that every culture or group was tolerant of every thing. Some cultures had and still have traditions that are extremely harmful. It’s just that gender and same sex relationships were not perceived as they are in the west or in eurocentric christianity. So as far as Vodun, it can be assumed that most people are not going to care what your deal is. The problem would start with your family.

Like in other belief systems, there are people who are more or less observant. As opposed to the big monotheistic religions though, the less devout one is in Vodun and most ATR’s, the more oppressive and uncaring of destiny (Akosejaye) one will be. Most family groups in rural areas are farmers. Though the women actually do most of the farm work, the men are in more control of what actually happens in many places. Often family members are treated like commodities who must produce certain things based on gender.

So even before colonialism, and even where it is not still a major influence in spirituality and concepts of morality, most west Africans live under pressure of fulfilling family expectations. In smaller families with fewer children, there will end up being more pressure on each child to excel in school, marry well, and make babies despite destiny. This is why in the U.S. and Europe, there are children of African immigrants who are in their thirties and still have to ask their parents for permission to go on a date with someone.

On the one hand, it is a good thing that parents will stay involved with their children’s lives beyond childhood. On the other, parental influence can be traumatizing, damaging, and in the case of LGBTQIA+ youth, suffocating. For the most part though, especially if their Akosejaye reading said that they would be special in certain ways, parents will try to give guidance without stifling.

Because of the influence of colonial mentality and trauma from interest based patriarchy, especially in the U.S. where these things are highly politicized, one may want to be careful when choosing a group.  Where you don’t want to assume that every group led by a cisgender man is bigoted, it’s fair not to assume that they are not. It is something you might want to ask about if you are considering participation in their community activities or endorsing them.

Good answers are either that they don’t care but are welcoming, or that someone in a prominent position in the group is out and proud.

Ile Baalat Teva, by the way, is openly welcoming and has nonbinary and Gay leadership. I suppose we could be called a Two-head (Gay/nonbinary) and a Hat-trick (Bi/variable/cygender since the knee replacements).

Update, August 14, 2022: Case in Point of How Little We Care What Someone’s Sitch Is

This article is about to be 7 months old, and it has some of the slowest traffic of almost any other article I have ever written here. There are no debates in the comments. It is doubtful there will be any. We just generally don’t care.

Maybe the speed will pick up later, but honestly people are more interested in whether your elekes are donned properly than whether you like to kiss men or women more. We just tend to mind our own business and respect people’s path.