Home Vodun Frequently Asked Questions About Vodun Vodun F.A.Q. – What is the difference between Ifa and Orisha (or Orishaism)?

Vodun F.A.Q. – What is the difference between Ifa and Orisha (or Orishaism)? 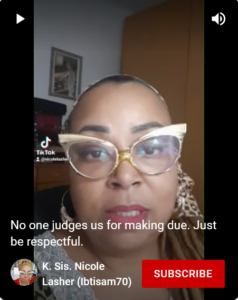 As I have mentioned in earlier articles, there are many streams of Vodun, Orisha, honored Ancestor worship, and Nature worship in Africa and the diaspora.  In Africa, because they all have a very long history, they have all gained legitimacy over time and through effective practice and aiding in the success of their people.  Every village has different specific customs, but there are fairly large centralized streams in which the village and family based groups adhere to certain norms for their stream.  There are even new streams of Afroscientific spirituality, explicitly Agnostic practitoners, and seeming Atheist Nature-ism that isn’t materialist in the usual sense, but takes a sort of esoteric view of the material realm.

The major groups that spring to mind are Ewe Vodun, Yoruba Ifa and Orisha, Igbo Odinani, and the Ashanti and Akan traditional groups. Lately, the Ga have been sharing more about their spirituality through the Homowo and twins festivals.

Ifa, as a specific name for a group, a system of divination based on the Odu (verses that may vary from place to place, but have a similar theme) as well as the name of the deity/Orisha of law and obligation, is one of the main Yoruba streams. Each of the Odu is considered a sort of spirit in their own right. Orunmila is the guide deity who mastered wisdom in general as well as the specific wisdom of Ifa.

Orisa/Orisha is the term used for people who worship the Orishas but may or may not belong to an established large stream of Isese, the general term for the Yoruba belief system.  Most people in the diaspora are in the category of non affiliated or locally affiliated, regardless of what titles some may claim.  The only way to get a title within Ifa is to earn it from an Ifa temple or representative of an Ifa temple in Yorubaland.  Likewise, the only way to get a title in Benin or Volta Ewe Vodun is through a temple or representative of a temple in Benin or the Volta region.  There is no official status in an African belief system without actual Africans.

This is not to say that other streams of Orisha or African and diaspora spirituality are not legitimate.  Anyone may worship the Orishas, so long as one respects the cultures their legends and practices were crystalized in, and respects the Orishas themselves.  No problems there.  The problems start when people start claiming titles they didn’t earn, and even worse, do not even attempt to keep certain consistent norms of the culture and system they are claiming a title in. One of those norms by the way is a high level of accountability that includes but is not limited to righting ancestral wrongs.

If one is initiated into a diaspora tradition, that is fine.  They are free and even encouraged to serve their community as best as they can.  It’s just that they should qualify their title with the diaspora stream or ile they belong to, and not lie explicitly or through omission, that they belong to or hold that rank in an African stream that they do not.

There are many people running around calling themselves babalawo or iyanifa, who did not earn these titles by Yoruba standards.  Some were initiated and bestowed rank by underqualified people who lied to them and took their money.  So they believe they have rank that they do not.  Others just lie.  Some did even worse than just lying, went to Africa, sat in people’s temple, ate their food, and were received as guests in trust, and then returned to the diaspora claiming higher titles and lording their initiation over Africans in the diaspora who could not afford to make the journey.

Recently, since more actual Ifa priests are visiting and serving in the diaspora, the ability of pretenders to run initiation mills is lessening.  It hasn’t completely died out, but it will because people will have access to authentic Ifa.

Mind that actual Ifa and other ancestral priests of other streams of Vodun and Orisha in Africa have never condemned or even put down people in the diaspora for making due, doing the best we could with what we had available.  The only problem is in the misrepresentation and the disrespect of the original cultures and practices.

For more perspective on this read:

Ifa and Orisha in the Diaspora.