Home Vodun Frequently Asked Questions About Vodun Vodun F.A.Q.: Do I Have to Be Initiated to Practice An ATR?

Vodun F.A.Q.: Do I Have to Be Initiated to Practice An ATR? 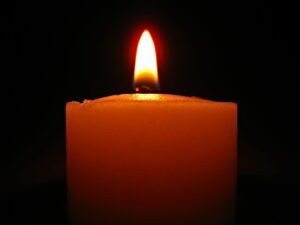 Maybe. Maybe not. Most practitioners are not initiated formally to a specific egbe, but most underwent some sort of welcoming or rites of passage in their communities. Some kind of initiation is very important in most African traditional religions.  You may worship whichever deities you like, so long as you do so respectfully, but it is important to understand that Vodun and other African and diaspora belief systems are alive and have actual communities practicing in unbroken lines for over 10,000 years.  They have actual communities of followers keeping aeons old traditions.  It may not look as organized as Christianity, Judaism, or Islam, and our sects may get along better because our core beliefs include that division is an illusion.  However, it is so organized that it surpasses what humans often view as order.  It is so organized that it is in our (recently African) blood in an overt way, and pops up in not-recently-Africans from time to time.  So we have ties by ancestry as well as earthly accountability structures that should not be ignored when walking this path.

So initiation is important for a few spiritual and historical reasons.  You should be initiated into whichever African belief system you intend to follow faithfully.  The only reasons you should not be initiated are if it is impossible for practical reasons, or you haven’t found a community you trust, or the deities you worship have told you through divination, that you should not seek official initiation.

Now, the real heavy question is what sort of initiation you should seek; whether you should stick to your diaspora style, community, and temple, or you should go to Africa to be initiated there.  Those in the diaspora whose Ancestors were sold as slaves should consider this carefully because there is the matter of reclamation of one’s Ancestors.  Many do not know where their Ancestors are from, and are afraid to get DNA tests because of fear of this being misused by governments and corporations.  They also don’t give a complete picture of one’s actual ancestry. The good news is that there is such a thing as Ifa divination, so you can seek spiritually relevant answers in this.  Some temples, like Temple Behumbeza in Benin, specifically reclaim Africans from the diaspora.  Contact Hounnon Houedossi Ahouegnon for details and guidance.

She warns that many people who seek this are duped by unscrupulous individuals, into thinking that they are priests because they went through a short initiation.  The truth of the matter is that it is not that simple.  In some cases, I think it is a matter of misunderstanding, but either way, Africans in the diaspora who make pilgrimages to Africa for initiation should understand that this is just the beginning of their journey, and does not make them a priest as in a ranking official in the temple.  It also doesn’t entitle them to lord over others in the diaspora.  It’s something like the difference between a Muslim who has and one who hasn’t passed through the Hajj.

Being initiated in Africa is definitely a good thing.  However, so is being initiated into your local or your teacher’s tradition.  Most of the time, you can do both since we network. Though most traditional systems are community based, you can initiate yourself to your own ancestral practice. Be mindful that this is a matter of careful innovation, and you cannot claim any titles that would be relevant to other communities.

So if there is a question, do divination to see what you should do.  Different people have different paths.  Just don’t claim community titles and ranks that you didn’t earn from the community.  It’s okay to be unaffiliated or initiated only into a particular diaspora tradition, ile, or temple.

If you decide to remain unaffiliated though, consider that the road of a solitary is a lonely one.  It is good to have a community when you find a group of people you trust and consider family.  I can understand very well the fears of community that come from being traumatized by cults and viral religions.  I also understand well though, that African traditional religions have built in checks and balances that have stood the test of time, and that you can see the legitimacy of any group by what it produces.

Another thing to consider is that some of us have been initiated into traditions that are not group dependent, such as Obeah, though they are still blood and spiritual family dependent.  There is also still the community factor. Few if any of our systems are called “Obeah”. It is a description, but not the name of the system, which may be a name we do not reveal. We just know when we meet a relative who has been through the same passages.  Though there are groups, most sorcerers were instructed by a teacher, and pass it down to students if they pass it at all.  Does an Obeah sorcerer, conjurer, or one who came up a similar way need to be initiated into a larger community, or to go to Africa for initiation?  One can only answer this question for themselves.  As I said, do the divination, and then search yourself for why you got the answer you did.

On a personal note, when I asked the question, I got a, “No, you don’t need to, but you can.”  So I will get to Osogbo when I am provided the means and ability.  Meanwhile, I serve the community as I was taught by my elders.  Over time, I came to understand why I got such a seeming “lukewarm” answer in this.  It is because I am neither a layperson nor am I destined to be a priestess within any established temple structure.  I am not in that ancestral line.  In addition to that, “follower” is simply not a part of my personality, and never has been.  I am a sorceress.  My way is the fringes: the way of the outcast; the way of the functioning and resourceful outcast, but still outcast.  I appreciate those who reach out to me, but I understand that there is no group in which I could ever find true acceptance.  It’s just not possible.  I’m somewhere in the sweet-spot between mad scientist and crazy shamaness.

Most likely, the next goal after Osogbo will be Ghana to join with a temple there that does things closer to what I practice.

If you find yourself in the same predicament then, as I have learned thankfully the easy way from watching others’ mistakes, you must accept your limitations.  I can help people to a point, and teach them to a point, but I can’t really give them a community unless they are also a sorcerer/ess.  Thing is though, I don’t pretend to be otherwise.  You shouldn’t either.  It may seem a good idea at the time to mock a high title, but ultimately the authentic will out you, and you will experience a much more damaging rejection than you would if you had simply owned your lack of organized status or lower rank within that status.

I have not lost a client from being honest with them about my lack of belonging to an organized religion or system.  I do not envy the path of the priest/ess.  In fact, I need them.  They keep me humane, in touch and spiritually aligned with one of my ethnicities, and provide help for some people in some situations that I am simply not equipped to give.  Instead of being bad imitations of them, people should drop the pretense and make peace with them.  As I said before, the African priesthood never had issues with folks making due.  Just respect the source.

So, I am the female King of Ile Baalat Teva, a diaspora house of spiritual scientists, healers, and counselors. Since Aje was finally given her public due in 2022, we’re keeping the term “witches” for western contexts, but Africans no longer need this shock therapy.  I am a practitioner of Obeah, and have some knowledge of Kindoki and Brujeria as well.  Though well grounded in my African diaspora practices, I am learning more about authentic African Vodun, and being a writer, relaying some of the information I get along the way to the English speaking world.  It may not seem very lofty to some, but it’s good enough for me.