Click here to read previous Bone Readings of the Day. 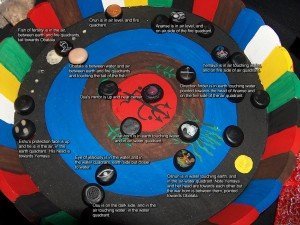 Where the last reading was a more general message to the world, this one is more personal.  If you are the person this reading is about, please contact me for further assistance for free.

This reading says that there is a battle between mother and daughter that will soon come to a head.  There are many issues involved, but they mostly revolve around spirituality and fertility.  They are both basically Christian, but the daughter seems to have some issues about the church.  One of the issues is jealousy from other women in the church.

The mother is very strong and very wise, but does not quite understand what the daughter is going through.  The daughter is extremely beautiful, to the point that some men don’t know how to deal with her, especially her father who sees his little princess blossoming.  He wants to protect her from bad men and bad decisions, but isn’t sure what to do.  He is caught in the middle of powerful forces: the mother’s worry and fears, the daughter’s growing independence and estrangement from the church, and the outside forces that threaten to harm his child and his wife’s soul.

How ever socially inconvenient it may be, this is the time when the father’s counsel and strength is needed the most.  He is the only thing on this earth protecting his daughter’s tail from disaster, and he needs to not be afraid to put his foot down.  He should be aware of the dark side of femininity, and that women often say and do things that they regret later when they are angry or pushed by outside forces.

Women are very socially dependent, so the father and mother may have to suck it up and get the daughter to a church that is more friendly to her…like one with more young people.  The danger is that some of these places are full of fundamentalists who think any connection with African spirituality is the negative sort of witchcraft.  So they may have to let go of their denomination and dogma, for the daughter’s sake, and get to a more Universalist type of church.

Some African Methodist Episcopal churches are also less anti-African spirituality than others.  So if you’re really afraid of too much beyond egalitarian feminist or “I’m okay, you’re okay” new ageyness, try A.M.E.  You may also wish to see if there are any Gnostic churches or study groups in your area.

Be in an Eshu mind before you go church shopping, so that any nastiness lurking beneath the surface will make itself known to you.  When you’ve found the right place, he will give you a sign.  Perhaps someone in the church who is wearing red and black will be overtaken with holy joy and laughter, or an old man at the church will tap you with his cane.  Something will alert you that Eshu is there and wants you to stay.