Home Vodun Frequently Asked Questions About Vodun Can someone be forced to fall in love using rootwork?

Can someone be forced to fall in love using rootwork? 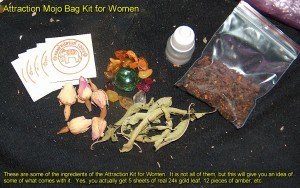 Well, yes and no.  The Egungun decide who will and won’t make children, and can be very helpful in finding a good match.  The feeling of being in romantic love however, is something different than familial love, which is what the ancestors preside over.  Someone who is very in touch with Nature and their Ancestors can tell who belongs with them, and this sense of belonging is what makes the kind of love that makes good marriages and long term relationships.  The feelings of romantic love though, are in Oshun and Shango’s departments because they are mostly based on a baser level of attraction than the kind the Ancestors would inspire.  They may overlap, but they are not exactly the same.

So, with the use of the gifts and skills of Oshun and Shango, a person can essentially “force” someone to fall in love with them by inspiring feelings that humans don’t entirely choose to feel.  You can’t choose whether or not you find someone beautiful.  You can justify not talking to them for whatever reason, but you still find them beautiful.  What turns you on is what turns you on.

The effective love rootwork or spell simply makes conscious use of known facts of human nature to produce a desired result.  There are some limits though.  A person can do whatever they like at their altar, but if it is not truly in line with Nature, it won’t work.

I have seen many love spells around the internet, and very few I would say would actually be effective.  Of the most effective are amarres, which come from the Latin cultures.  Done correctly, they have a powerful effect on one’s psychology and spiritual tune, mainly because in order to do them, one must submit to their own feelings  of love.  This is a difficult barrier for many to cross, the idea of being sort of helpless to one’s emotions.

Amarres have a better success rate than other love spells because once you’ve done them, you can’t really be in denial around the object of your affections.  It is a humble plea to the Spirits and a conscious addressing of the desire of one’s heart.   That is half the battle to gaining someone’s affection right there: sincerity and humility.

Since amarres are very well known, it has the same psychological effect on you if a priest/ess does it on your behalf.  It has a stronger effect on the other person though, since almost every experienced priest/ess would do readings to see if something more than a binding scroll would be needed.  They are practiced enough in the ways of Oshun and Shango (and using these skills in their own love life) that they can make talismans and give you information that can make it painful for someone to resist you.

As I mentioned in another post about helping your root worker help you though, the Spirits may bring someone to you, but you have to follow through.  Don’t mess up your blessing by missing opportunities.

If you’re on the other side of this and find out that the person you love used magic to get you, it might make you feel frightened.  Consider though, that men act macho to get women, and women wear makeup to get men.  It is better that someone used magic that is in line with Nature to seduce you than if they lied to you or did bad things to make you miserable so they could “save” you.  People use the abilities they have to get what they need.  If the person makes you happy, then don’t let accidentally finding some mystical item scare you off.

Also bear in mind that many love spells are protection spells too.  Part of the spell is often that they ask the Spirits to protect you even if you don’t come to them.  So if you reject this working, you could be rejecting some things that are benefitting you, and suffer as a result.

If you are not happy with them though, you can break the spell without losing protection.  It is difficult to do on you own though, so seek the advice of a priest/ess.